If photography is an event then looking at photography should also be an event. Look again at Henri Cartier-Bresson’s photograph Behind the Gare Saint-Lazare in Part Three. (If you can get to the Victoria & Albert Museum in London you can see an original print on permanent display in the Photography Gallery.) Is there a single element in the image that you could say is the pivotal ‘point’ to which the eye returns again and again? What information does this ‘point’ contain? Remember that a point is not a shape. It may be a place, or even a ‘discontinuity’ – a gap. The most important thing though is not to try to guess the ‘right answer’ but to make a creative response, to articulate your ‘personal voice’.

Include a short response to Behind the Gare Saint-Lazare in your learning log. You can be as imaginative as you like. In order to contextualise your discussion, you might want to include one or two of your own shots, and you may wish to refer to Rinko Kawauchi’s photograph mentioned above or the Theatres series by Hiroshi Sugimoto discussed in Part Three. Write about 300 words. 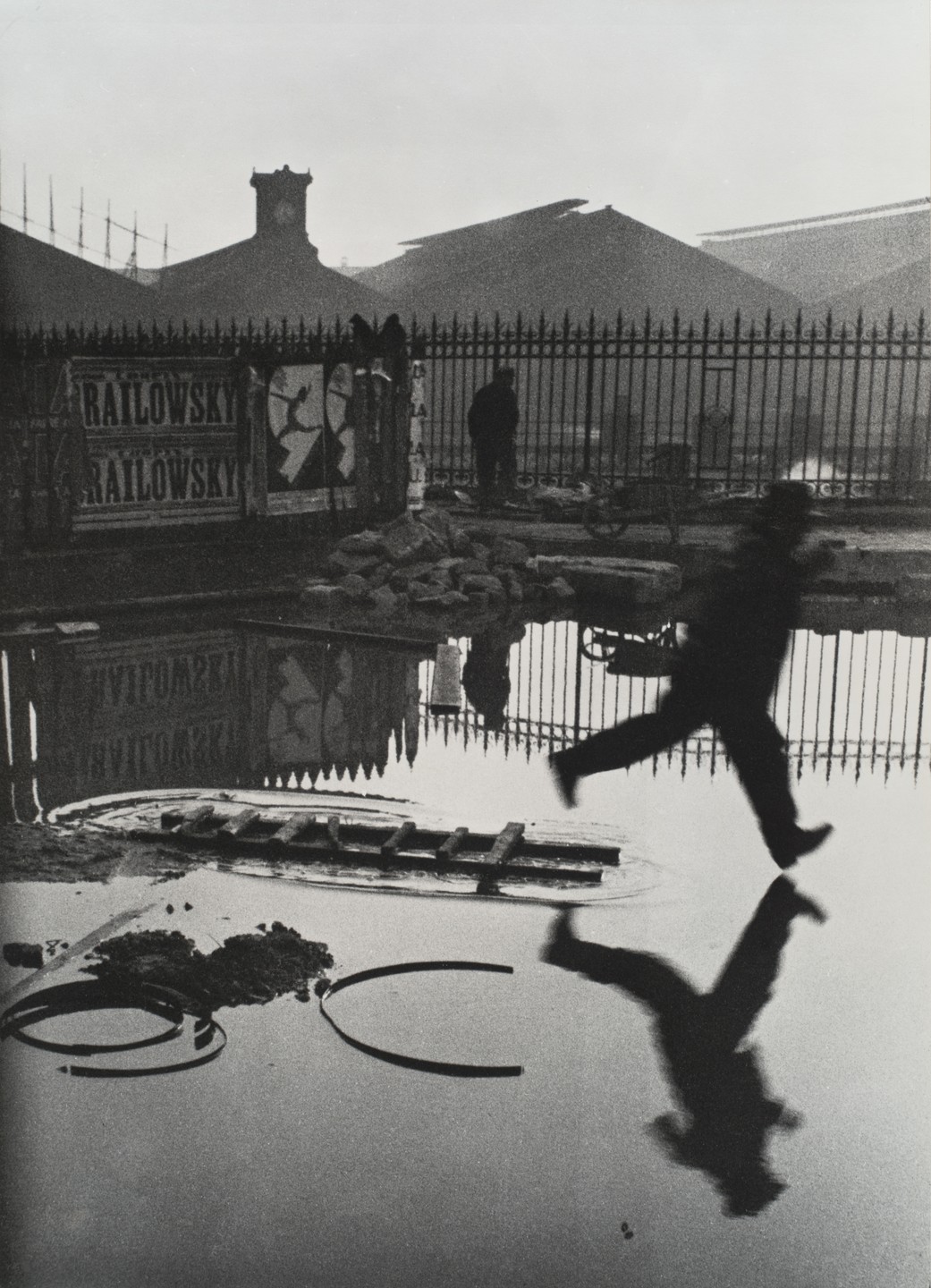 So what is the image telling me? – On the face of it there appears to be a man leaping, though my first impression was running for some reason. It is evident that there is a body of water there, so leaping is the likely scenario. I cannot see where this man will end up, perhaps he will disappear like Dawn French in the Vicar of Dibley when she jumps into the puddle. Why has the man chosen this haphazard route, is he trying to make an escape or an ill thought out shortcut.

The standout element in this photograph, the thing that draws my eye every time I see this image is the gentleman leaping, captured at precisely the right moment before he makes contact with the water. The man appears to float . There is a symmetry between the gentleman and the water which creates a perfect reflection of the man as he leaps. The same assessment can be made of this image below, which was taken several years ago and shows the reflection of the railway bridge and land in the water creating a mirror image. 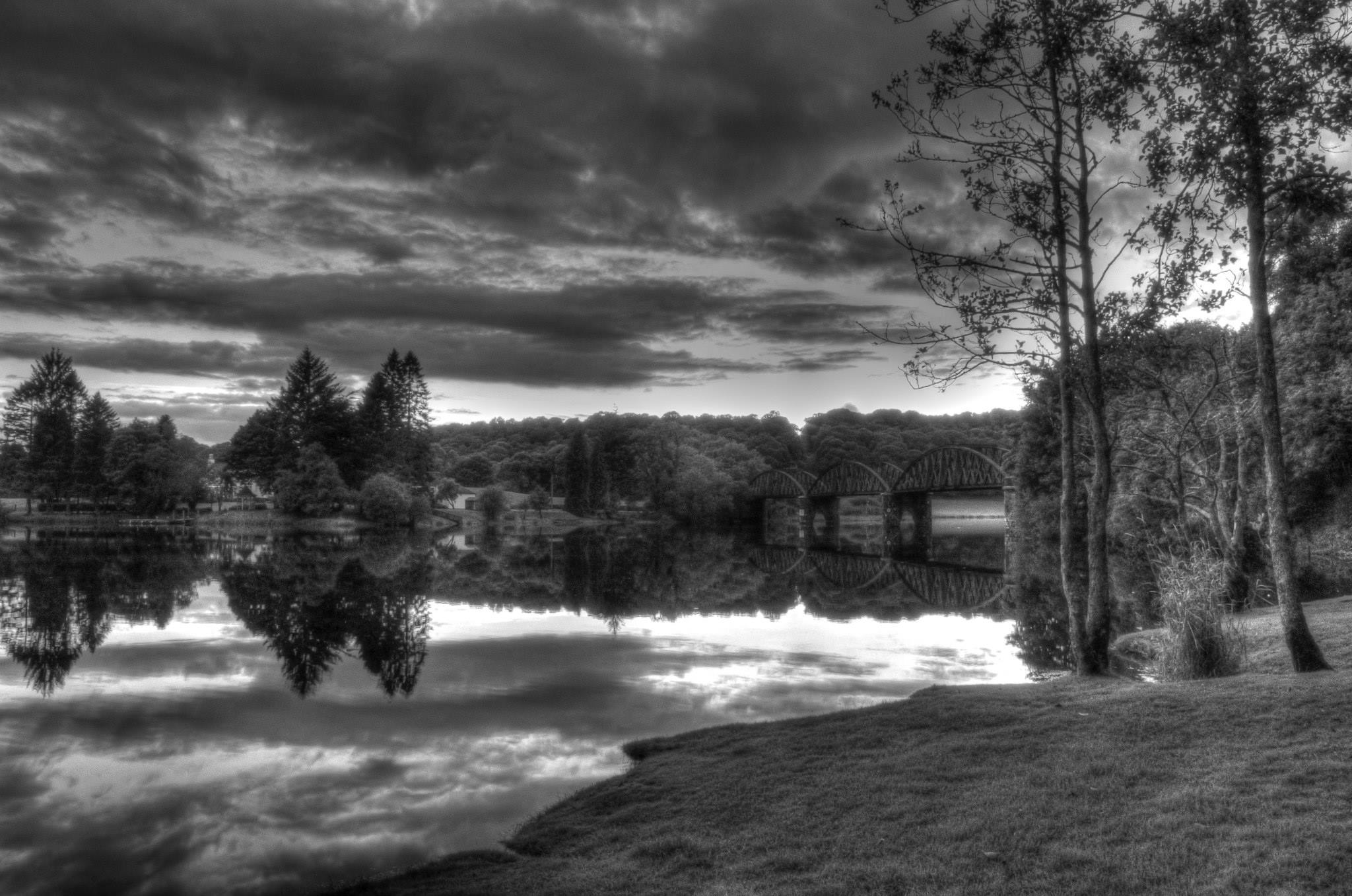 As I explore Bressons image further other elements come into view such as the reflection of the bank, the fence, the wall and posters that adorn it. There is also another man in the background along with a wheelbarrow. I consider these secondary elements but, as I explore the image further another element stands out. The poster on the wall shows a woman leaping, which creates a new striking juxtaposition between and the leaping man in the foreground. This element was not immediately noticeable by me and as such gives me a renewed appreciation for the image.

To the world at large at least as an art form and as a biographical piece this image is lauded as a great example of the decisive moment and it stands as a great example of photography that has often been eluded to in print and copied by other artists and enthusiasts over the years. That said, what did Bresson see in that moment that motivated him to pick up that camera at that moment and press the shutter. In his own words he never saw the man leaping, so was it reflection that caught his eye of the background and the water or was it something else?